Inclusive Digitalization is the goal of a new Digital Agency 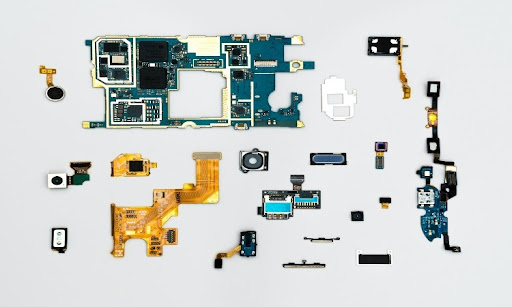 The Japanese government has formed a new Digital Agency with the goal of improving administrative efficiency. The Agency and its objective are discussed by an expert with years of expertise in promoting the ICT of governmental institutions.

On September 1, the new Digital Agency became live. It will act as a command center for the country’s digital transformation, including the government’s online supply of administrative services. The offices of the Digital Agency differ from those of traditional Japanese bureaucracy in that they are bright and feature free-address workstations.

Japan has been criticized for being behind the times when it comes to digitizing government administrative activities at both the national and municipal levels. The reaction to the continuing COVID-19 pandemic is a good illustration of this: asking for financial benefits was perceived to be overly complex, and payments were sluggish to arrive, exposing the issues of a system that is unpleasant to users and in which data is insufficiently connected. On September 1, the Digital Agency was established with the aim of fundamentally resolving such difficulties through the digitization of public administrative operations and the promotion of data system standardization and coordination.

The recently hired head of International Strategy, Zamma Toshiyuki, comes from the private sector. He aims to “pay back” those nations that provided him with expertise and ideas by sharing information about Japan’s digitalization experience with the rest of the world and participating in international conversations.

“Japan is far from falling behind other countries in terms of information technology because it has the necessary infrastructure for nationwide communication,” says Zamma Toshiyuki, who worked as an executive advisor to the government CIO in both the Ministry of Finance and the Cabinet Secretariat for many years. He has recently joined the Digital Agency as the head of International Strategy.

However, when it comes to maximizing ‘digitalization’ in order for the government to deliver effective administrative services, which frequently includes collaboration with the private sector, the narrative changes. Even if individual systems are competent, they will not be user-friendly unless they are effectively integrated, and coordination with private services that are utilized on a daily basis is also necessary. He asserts that “the Digital Agency will play a crucial role in resolving these challenges.” Zamma was formerly a private sector systems engineer and a long-time consultant with multinational consulting businesses.

One of the Digital Agency’s goals is to break down administrative system silos (vertical segmentation). The Agency wants to strengthen data connection across the boundaries of different government agencies, resulting in more efficient services and operations. It also places a premium on using private-sector knowledge.

It implies a more flexible and fast approach, including the use of agile methodology, than was done previously by actively engaging specialists. In this way, the Digital Agency is supposed to act as a “lubricant” and a reform engine, propelling the government ahead and improving its performance at both the national and local levels.

The Agency’s objective, according to Zamma, is focused on “enhancing people’s day-to-day lives.” “Let’s pretend you’re relocating.” he says. This entails a lot of effort, including deregistering and reregistering at numerous places, signing up for power and gas, and hiring a moving company. You have to write the same address over and over again, and the entire process is inefficient. We want to create a one-stop shop for citizens that requires less work and improves their experiences.”

The concept of a one-stop moving service is based on a similar technique called Service Design Thinking, which was popularized in the United Kingdom earlier this year. “We are eagerly referencing foreign experiences and methods where we can. Singapore introduced something similar to a digital agency five years ago, and we have also learned from countries such as Finland, Denmark, Estonia and more. But different countries have different problems and social settings, so simply copying solutions from elsewhere will not work. We must understand Japan’s needs correctly, pick and choose cases and methods, and then make further improvements to provide feedback to the rest of the world. That is international collaboration in the digital age.”

Foreign nations, on the other hand, are turning to Japan as a leader in some cases. One such example is the Earthquake Early Warning System. When a quake strikes, Japan has a unique system that allows every cell phone provider to send out an earthquake notice with incredible speed. The use of real-time danger maps, which are improving every day, to help in disasters is also highly valued.

This year, the Vaccination Record System (VRS), which was created in response to ongoing feedback from the system’s primary users, local governments, made headway in simplifying procedures through data linking. The Digital Agency is in charge of eliminating wasteful methods from the past and putting a strong emphasis on the value of “enhancing people’s day-to-day lives.” The Agency strives to accelerate digitization in a user-driven manner by ensuring data and system security and offering a platform for collaborative administrative activities.

The Digital Agency has only just begun the task of spreading the word about how digitalization can be used to solve social problems, and this will eventually lead to a society where everyone can benefit from digitalization in the way that best suits their particular requirements.