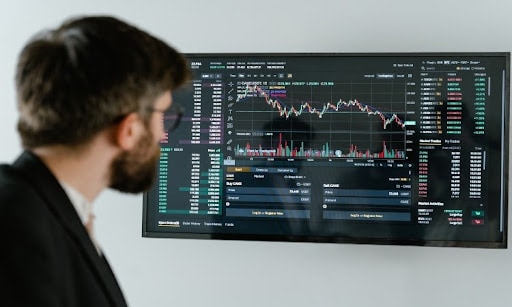 TOKYO, JAPAN – On Wednesday, Japan’s Digital Agency, a new government agency tasked with upgrading online services and infrastructure in the public sector, will go live. When Prime Minister Yoshihide Suga announced the policy a year ago, he called it a “pillar of the new growth plan.”

The stakes are high. The COVID-19 epidemic has pushed paper-heavy local governments and businesses into hastening their transition to digital services. The announcement comes at a time when Suga’s popularity is plummeting, with the public accusing his administration for mishandling Japan’s response to the virus.

Here are five facts about the agency.

Why is Japan initiating this now?

A series of blunders early in the COVID-19 outbreak revealed Japan’s inability to employ digital technology to carry out national plans. Because applications had to be handled manually, an emergency cash giveaway scheme struggled to gain traction. Hospitals and schools were unprepared for extensive telemedicine and online learning due to a lack of IT infrastructure. The popularity of then-Prime Minister Shinzo Abe plummeted.

Suga, Abe’s successor, revealed his Digital Agency idea as a crucial economic strategy in September 2020. Digital Transformation Minister Takuya Hirai, an IT policy leader in the ruling Liberal Democratic Party, was appointed to lead the preparations.

What will be different?

Lack of integration was a major cause of Japan’s “digital defeat,” according to Hirai. Each government and municipality has its own unique IT systems, making information sharing difficult. According to critics, so-called vendor lock-in, in which governments become reliant on specific system providers, raises prices and stifles competition.

To facilitate the integration, the cabinet office already established an IT office composed of outside policy advisers and technologists, but its power was limited. This body has been upgraded by the Digital Agency. The personnel has more than quadrupled to 600 people, including 130 new workers from the private sector. Many of whom will work part-time.

Its authority has also grown. Instead of various ministries, the agency will oversee the majority of the government’s yearly IT expenditure. Aside from distributing funds to each ministry, the agency can also develop its own processes. The agency will be the ultimate coordinator for digital policy, according to a law enacted in May, and the digital minister would have the authority to advise heads of relevant agencies.

What action will the Digital Agency take?

GovCloud will be one of the most significant initiatives. Every government department today relies on certain suppliers to design and operate IT systems, such as data centers and apps. The Digital Agency will replace this patchwork with cloud computing platforms like Amazon Web Services, and other agencies will be able to build apps on top of it. The administration thinks that the move would not only save expenses but also help towns to swiftly roll out public services.

The project is huge, and municipalities are pushed to transition to GovCloud by fiscal 2025. However, as Japan tackles the epidemic, the Digital Agency’s capacity to respond quickly and collaborate across ministries will likely be put to the test much sooner. The organization will be in charge of designing the infrastructure that will underpin digital vaccination certificates, which the government hopes to implement by the end of the year.

What has been the response so far?

Setting up a Digital Agency with 600 employees in a year is no easy task. However, there have been some hiccups along the road. After media allegations linked him to American businessman and victim sex offender Jeffrey Epstein, the government reportedly cancelled plans to designate Joichi Ito, a former head of the MIT Media Lab, as the digital agency’s vice minister. It is now intended to appoint Yoko Ishikura, an emeritus professor at Japan’s Hitotsubashi University, to the prominent position.

Governance concerns have also thrown a shadow on the agency. A third-party review of the contract procedure for an app for the Tokyo Olympics and Paralympics discovered a number of dubious judgments. They include a possible conflict of interest involving a university professor who was involved in the tendering process as well as a corporate executive who was involved in creating the project requirements. The Digital Agency stated that it intends to form a compliance committee of attorneys and accountants.

The forerunner of the Digital Agency’s efforts in terms of technical capability elicited varied reviews. A vaccination record system has assisted the government in keeping track of the number of inoculations and their quality, although some towns have complained that scanning the 18-digit number on the vaccination tickets is inconvenient. According to Fumiaki Kobayashi, an LDP legislator who worked on the project, the process may have been better if the IT office had been permitted to participate from the beginning.

How do Japan's digital initiatives stack up against those of other countries?

When it comes to electronic government, Japan is lagging behind. Japan came in 27th place in the IMD World Digital Competitiveness Index, after China, South Korea, and Malaysia.

Developed countries have recognized the relevance of digital public services and have established specific agencies. In 2011, the United Kingdom established the Government Digital Service, which today employs over 800 people. Singapore’s Government Technology Agency, or GovTech, claims to employ nearly 3,000 people.